Pond owners and service providers have argued the validity of watching the level of chlorine in ponds and whether those chlorine levels are harmful to the aquatic life in a pond. Some report performing partial water changes without treating the tap water to remove chlorine. This devastating error can create untold issues.

Even when koi and other pond fish show no apparent ill effects from untreated water, it doesn't mean the chlorine isn't stressing or harming them. The amount of harmful damage depends on many factors.

Chlorine is an oxidizer, which removes the necessary slime coat from koi and other pond fish, causing stress and stress-related illnesses.

Chlorine damages the gill structure in koi and other pond fish, causing serious long-term issues and making it difficult for the fish to breathe.

The presence of phenols, a toxic organic chemical found in some types of organic wastes, can combine with chlorine to become extremely toxic.

Chlorine is relatively unstable in water, escaping to the atmosphere on its own. Water left sitting with adequate water circulation will be chlorine-free 24 hours or less.

When exposed to high levels of chlorine, koi and other pond fish show signs of irritation, such as swimming erratically or attempting to leave the water.

At lower levels, chlorine is not necessarily life-threatening to koi and other pond fish, but it still can harm them. Affected fish might exhibit fast gill beats and gasp at the water surface to get enough oxygen into their tissues. These symptoms easily can be mistaken for low-oxygen problems, gill parasites, or other gill diseases, when raw tap water might be to blame.

Here are example of chlorine levels and what they can do to pond fish:

If you suspect chlorine damage to pond fish, increase aeration in the pond for a few days. This improves their chances of recovery.

The answer and proper solution to this issue are to use a water treatment chemical. They typically cost pennies per use and safely remove chlorine and chloramines. Read the label to ensure you purchase and use the right product for your needs.

Note:
One problem with water treatment facilities using chlorine to treat water is that it breaks down relatively quickly. Another concern with the use of chlorine is that it can combine with certain organics (that might be present in your water) forming trihalomethanes, a family of carcinogens.

Consequently, many water companies have switched from using chlorine to using chloramine. Chloramine is a compound containing both chlorine and ammonia. It is much more stable than chlorine, but it poses a significant headache for pond enthusiasts. Chlorine-neutralizing chemicals, such as sodium thiosulfate, only neutralize the chlorine portion of the chloramine, neglecting an even bigger problem: deadly ammonia. The consequences can be devastating to koi and other pond fish. A pond's biological filter eventually will convert the ammonia to nitrate, but the time it takes might be longer than the fish can tolerate. Also, the initial presence of the chlorine might have irreparably damaged the biological filter, rendering it useless.

Ammonia, Nitrite and Nitrate: (The Nitrogen Cycle)
The nitrifying bacteria cause what is commonly called “The Nitrogen Cycle”: All ponds, aquariums and lakes go through a nitrogen cycle. The nitrifying bacteria are integral to the cycle. During the initial stages of the cycle, Ammonia is produced by fish respiration and fish waste.
Identifying Aquatic Weeds and Algae
Algae grows in various forms, Filamentous algae is most common, it grows in strings or mats – often on the surface. Planktonic algae causes green water. It is millions of individual cells that cloud together. Chara is a weed-like form of algae.
Nitrogen Cycle
Nitrogen is essential for all living cells. Air is about 78% nitrogen gas however, most plants and animals cannot use nitrogen in gas form. Nitrogen must first be consumed by microorganisms that in return is consumed by plants and animals.
Leech Control
Most species of leeches found in ponds feed on the sludge at the bottom of your pond and are not blood-sucking parasites. Leeches get into your pond from a number of sources, but they…
Salinity
The salinity level in your pond is your health care plan for your fish. It is your Koi’s natural antibody. The proper amount of salt in the pond allows for a healthy slime coat…
Pond Care for Dummies
Spring To Do List… Summer To Do List… Fall To Do List… Winter To Do List…
UV Lights Uses and Types
There are two types of ultraviolet (UV) lights for the pond: UV Sterilizers and UV Clarifiers…
Guide to Lake and Earthen Bottom Ponds
Ponds and lakes are a valuable natural resource. They add beauty to the landscape, provide recreation and are a habitat for fish and wild life. A natural body of water is a complex…
Fish Stocking Guidelines
for Natural Earthen Bottom Ponds in Michigan. Are you satisfied with the numbers and size of fish you are catching in your pond? Are you catching the type of fish you really want…
Controlling String Algae
During the summer months, many pond owners are plagued by String Algae. String algae are fibrous green strands of algae (which can look like long strands of green hair), which can grow out of control if not kept in check.
Spring Pond Start Up and Cleaning
Once the snow has disappeared, the ice melted in your pond, and the temperatures have been consistently above 40°F for a week or more, it’s time to open up your pond and garden…
Dangers of Chlorine
Pond owners and service providers have argued the validity of watching the level of chlorine in ponds and whether those chlorine levels are harmful to the aquatic life…
Water Plants - Types
Watergarden plants can provide many hours of enjoyment to an avid gardener or watergarden hobbyist. To be considered a watergarden or aquatic plant the plant must…
Quick Steps for Pond Winterization
As winter approaches we need to prepare our ponds for the cold winter months. Pond winterization...
Fish Feeding in Colder Water
As the water temperatures begin to drop into the Lower 60s and upper 50s it is time to ensure you are feeding your fish a wheat germ based food with added Vitamin C to boost the…
Benefits of Pond Aeration
Using an aerator year round can be very beneficial to a pond owner.
Welcome to Our New Website!
We've added great new features and updated our content to bring you the most up to date information...
Page 1
Trending
Dangers of Chlorine
Benefits of Pond Aeration
Controlling String Algae
Salinity
Categories 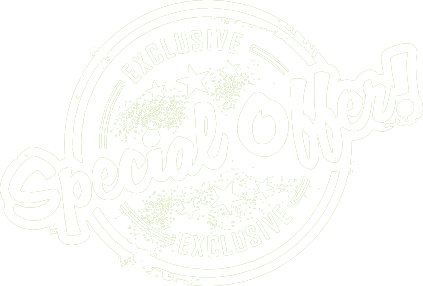